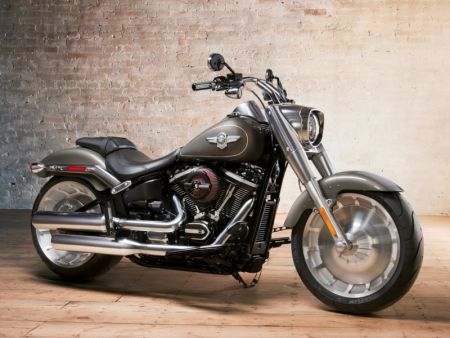 Every Harley® is built strong and tough, but there’s a stylistic allure to the classic American motorcycles from the middle of the last century. These cruising bikes have come to largely define Harley-Davidson® motorcycles with their stylish looks and awesome power. It’s no wonder the cruiser has become a lasting image of American motorcycling.

At Thunder Tower Harley-Davidson® we believe in providing our customers with the latest in motorcycling with state-of-the-art facilities and a staff filled with professionals who embrace the Harley® lifestyle.

We’ve put together this rundown on Harley-Davidson® cruisers, so give it a read and if you have questions don’t hesitate to visit our Columbia, South Carolina location.

Cruisers are recognizable for their riding position, which usually places the rider’s feet forward with hands up and spine erect or leaning back. Customizable and unique, Harley’s cruisers are street machines, often equipped with high-mounted handlebars and extended front fork. They look great in chrome or a more stripped-down paint scheme. Their power is accompanied by an unmistakable roar from air-cooled engines. Heavy on style, aesthetics take center stage. Great for short rides and the eponymous cruising, these bikes will turn heads and keep you low to the road.

With large-displacement V-twin engines tuned for low-end torque, cruisers are less demanding to ride than other bikes, as it’s not necessary to shift as frequently to accelerate and keep control. While their baseline horsepower haven’t been anything to write home about in the past, Harley-Davidson’s new Milwaukee-Eight® engine offers up plenty of oomph. Now you don’t have to sacrifice high speeds for exceptional looks.

Other Types of Cruisers

Power cruisers have emerged as a new category that describe their higher level of power. They usually have more ground clearance, enhanced brakes and suspension systems, and modern stylings and features along the lines of digital displays and enhanced LED headlights. Their riding positions are also more neutral, but power cruisers are still highly customizable and can be suited for a variety of riders and styles.

Choppers are another type of cruiser, called so because they are “chopped” or cut-down versions of production cruisers. These bikes are usually personal projects by veteran riders or mechanics who want to personalize their motorcycles. They’re often a source of pride and accomplishment, a look-what-I-made display. You can spot choppers by their raked-out forks, small fuel tanks, and high handlebars. These are not efficient riding machines, but there’s nothing else out there with the same inherent sense of history and style.

Cruisers are the embodiment of American motorcycle muscle, and Harley-Davidson® is the king of that realm. While there are plenty of choices in Harley’s motorcycle lineup, their cruisers, especially the Softail®, stand out in form and function. Ready to check out some bikes yourself? Come in to Thunder Tower Harley-Davidson®, where we have the best in new and pre-owned motorcycles. You’ll find us in Columbia, South Carolina, near Rock Hill, Myrtle Beach, Charleston, and Greenville. Come in today and we’ll show you why Thunder Tower is the best in customer service!