Home › Latest News › Why You Should Choose Harley-Davidson® 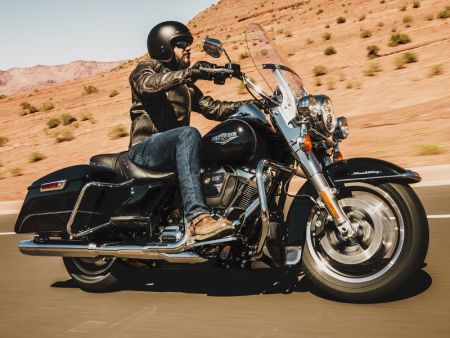 We here at Thunder Tower Harley-Davidson® know you have many potential options when you want to buy a new motorcycle. Yes, there are many brands of a motorcycle on the market, and it’s not always clear what the real, meaningful differences between them really look like.

Read on to learn more, but don’t hesitate to give us a call to set up a test ride. We’re located in Columbia, South Carolina, and we proudly serve the areas of Charleston and Rock Hill, South Carolina.

You don’t develop a reputation like the reputation of Harley-Davidson® without making a serious impact on your industry, and there’s no denying that Harley-Davidson® has pushed forward what people thought a motorcycle could be. Harley-Davidson® has made major strides in the world of motorcycle design and engineering with their engines. The lineage of Harley-Davidson® engines has memorable names like Flathead™, Panhead™, and Knucklehead™ that might be familiar even to people who don’t know anything about motorcycles. Take a look at their newest generation of Softail® motorcycles and you’ll see their innovation in action. These bikes are substantially lighter than previous model years, but they’re also more powerful and have improved suspension. Every year brings development and reinventing what is thought possible from a powerful, stylish motorcycle.

Harley-Davidson® motorcycles provide the perfect base for customization. In the early days, customizers would strip their Harley cruisers down to the bare elements and beef up the engines to create bobbers, a lightweight, powerful type of racing bike. In the 1960s and 1970s, they made the bikes more flamboyant with huge front forks, big wheels, and flashy paint schemes to create choppers. Today, Harley-Davidson® offers almost unlimited options for customization available right from the factory. Everything from the paint to the engine to the performance parts can be tweaked or changed for different styles or performance needs.